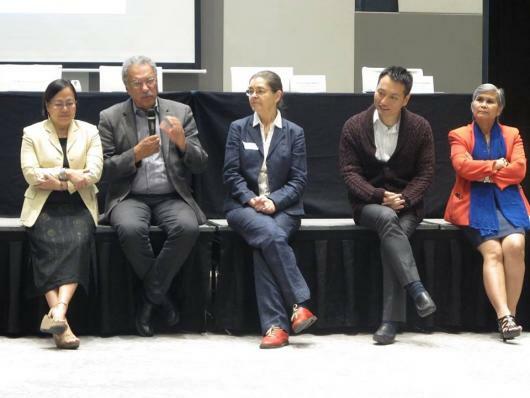 The welcoming remarks was given by Atty. Gloria Estenzo Ramos, vice president of Oceana Philippines. She emphasized the need to give support for fisherfolk so that they may gain access to traditional fishing grounds. Complementing this should be adequate law enforcement and sustainability measures.
Dr. Pauly is in the pursuit of accurate global fish trends. He leads the Sea Around Us which is a 15-year project gathering data on fish catch. Data collected is being incorporated in FishBase, a notable online database of fish species used as reference by researchers and NGOs.
“Catch data is important because it is needed in working with fisheries,” said Pauly. However, international assessments in fish catch are often a source of discrepancies. “What you essentially work with are national statistics,” he said. He explained that the United Nations Food and Agriculture Office (FAO) does not take factors into consideration that vary widely on the domestic level such as fish thrown away or how fish caught is being used apart from food and export. Without these numbers, the real impact of commercial and artisanal fishers on the global scale remains difficult to gauge.

Managing and sharing information for marine conservation became the topic of discussion by Dr. Ma. Lourdes Palomares. According to her, data gathered over time determines trends and these trends eventually provide bases in explaining for socio-economic issues related to marine resources. She said that this is how sick fish stocks lead to hunger among people. The hungrier people are, the stronger the drive to deplete fish stocks.
Dr. Palomares emphasized the role of data collation, sharing and verification as an important step in creating science-based solutions.

Following Dr. Palomares was Dr. William Cheung who discussed the economic impacts of global changes to the marine environment and fisheries. He projects that there would be around a 500km shift in the distribution of certain fish species within the century due to increasing water temperatures. Fishers will then be forced to fish offshore and in areas otherwise unfished.