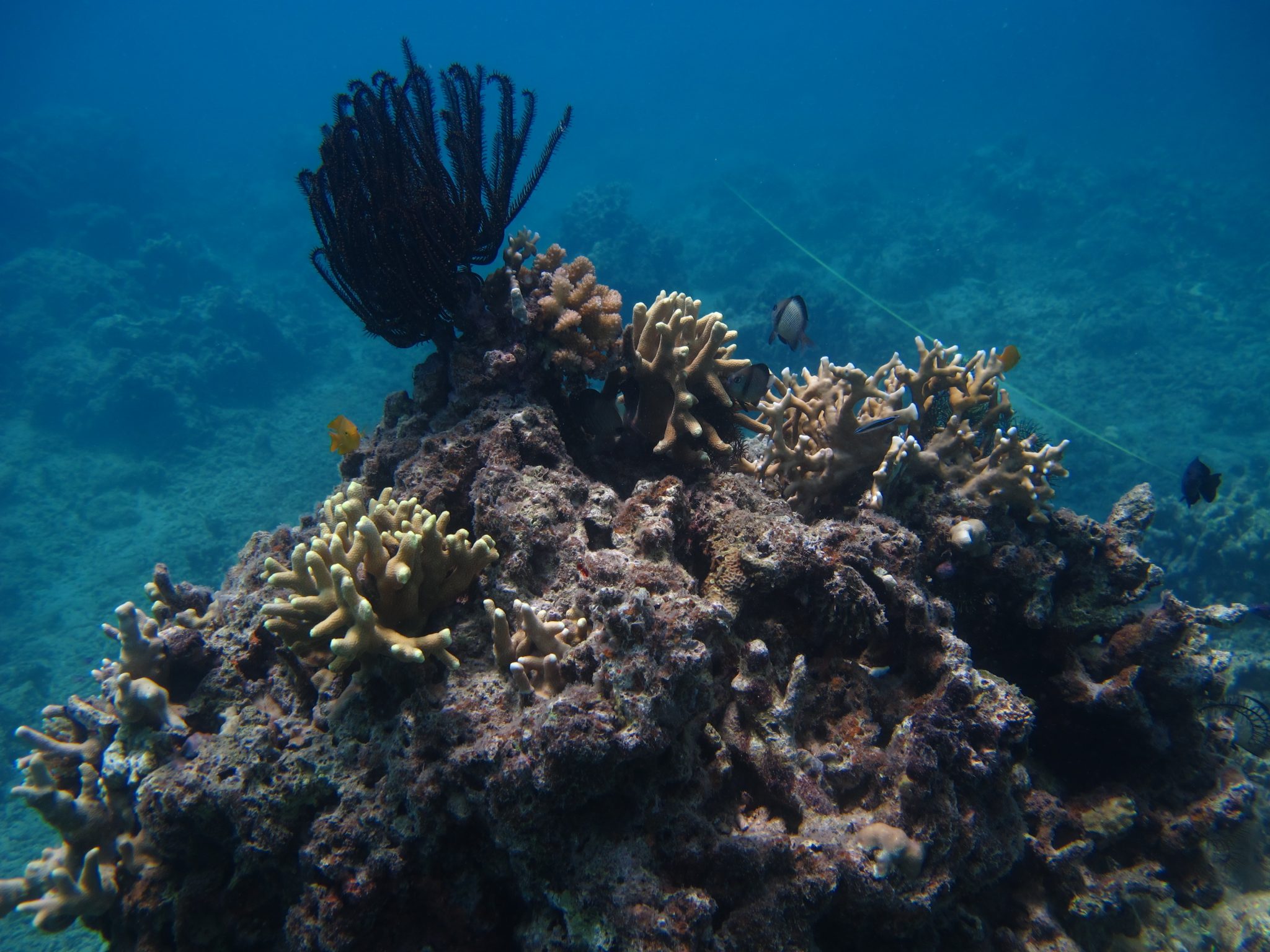 An MPA site is usually chosen over several factors such as high diversity or it serves as a spawning and feeding ground for certain species. When designing an MPA, scientists recommend MPAs to be at least 20 or more hectares, covering critical fisheries habitat.

Among the sites assessed, divers note heavy damage, ranging from 40-90% coral cover lost due to the typhoon. Surprisingly, well-enforced MPAs like San Vicente Marine Sanctuary and Sumilon Island Marine Sanctuary continue to have a high fish abundance despite the corals lost.

However, San Vicente Marine Sanctuary in Olango Island was noted to have lower coral recruitment as its reef was now being invaded by soft corals and Octocorallia, Brarium sp., which prevents coral larvae from attaching to the substrate.

“Although the MPA is well-enforced, the fishing pressure surrounding the site is high and the area where fish can take refuge after the typhoon is reduced.” says CCEF Marine Scientist Danilo Delizo Jr.

On the other hand, Danilo says that the immediate response of the LGU Oslob in putting up the marker buoys after the typhhon greatly contributed in protecting the MPA from further devastation, especially since the coral reefs was heavily damaged by the typhoon and a large part of the reef was flattened. “Fortunately, the high number of herbivores in Sumilon help keep the reefs from being taken over by algae. Corals need hard and stable substrates for it to grow. Usually after strong typhoons, algae tend to invade empty seabeds and take up the space where coral larvae can grow. As long as the fishes which eat the algae are not being fished out, the reef can recover normally and on its own from the typhoon.”  In addition, divers identify the island MPA as one of the most resilient reefs in the province, noting that it has several patches of coral recruits despite the massive damage due to its good design and strong enforcement.

“Compared to other MPAs damaged by the typhoon, Sumilon Island is an example of how good enforcement in MPAs enable coral reefs to recover faster from typhoon damage. Its size and location contributes to its resiliency, as it is able to become a source and sink for coral larvae to and from surrounding reefs. Continuous implementation of coastal laws and enforcement by the Local government in the island is sufficient for the coral reefs to recover on its own”

Coral reefs, mangroves and seagrasses not only protect us from strong storm surges but is also an important source of food and livelihood for coastal communities. CCEF is working closely with the Local Government Units to respond to MPAs affected by the Typhoon Odette.

Mapping of Argao and Oslob MPAs