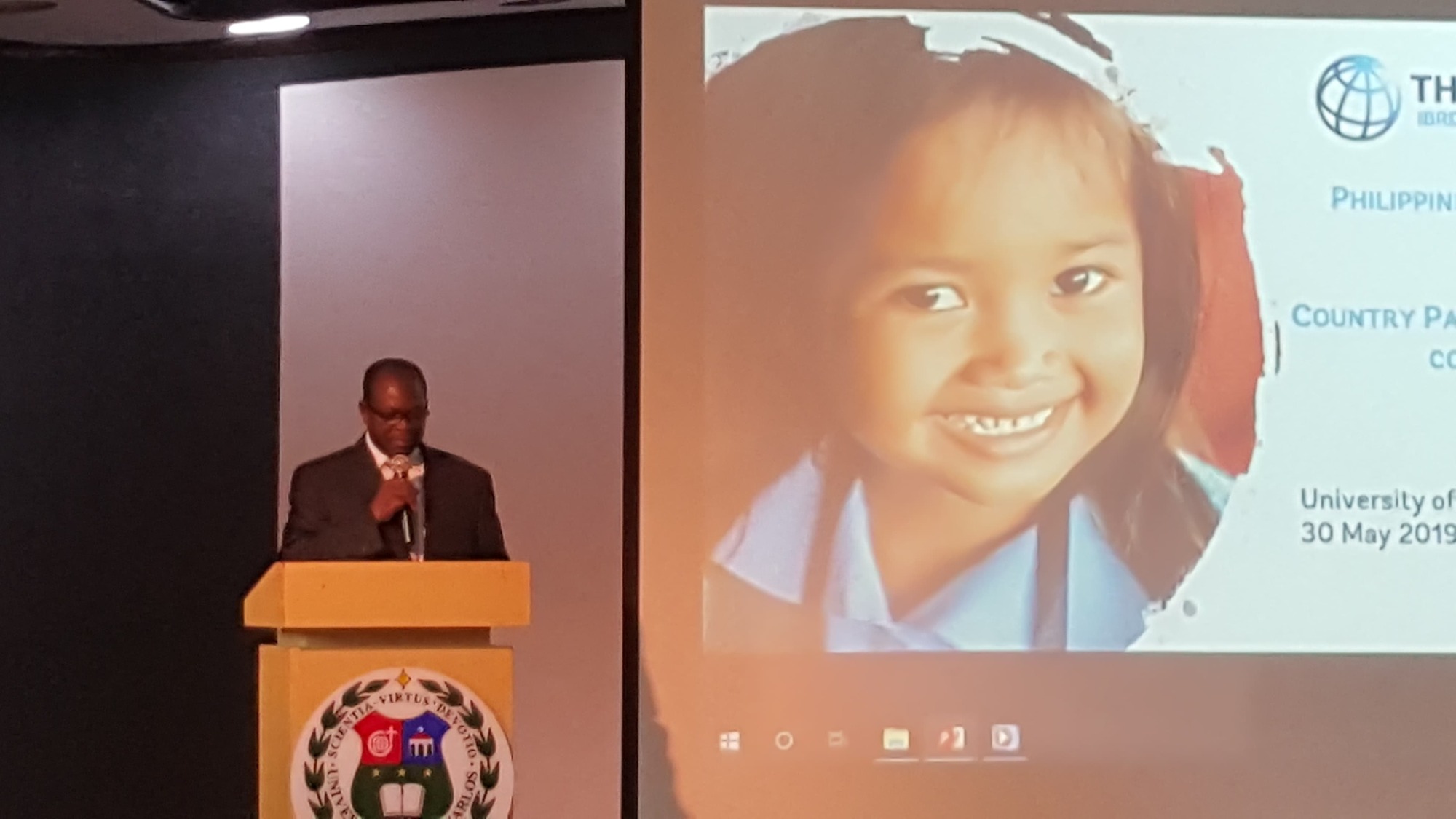 The forum presented the highlights of the World Bank’s April 2019 Philippines Economic Update. The Update affirms that the Philippines is expected to sustain positive growth amid local and global uncertainties. It also emphasizes the need to invest in human capital, which is central to ensuring more inclusive growth.

As an introductory note to the World Bank group, Souleymane Coulibaly,
Program Leader and Lead Economist for Central Africa gave an opening speech about the current status of the Philippine economy, his insights on the framework on how the World Bank group works through the government and determine their priorities.

Kevin Cruz, World Bank group research analyst proceeded also to present a report on the Philippine Economic Update. He started his presentation by presenting the GDP growth of the Philippines. Investment growth increased because of the focus on investing on physical infrastructure, at the same time, inflation was noticably peaked at October, because of the effects of typhoons, failure of import of rice, increase in transport costs and the weaker peso.

Next, Sharon Faye Piza gives a presentation on “The Promise of Human Capital”. The key points of her presentation takes focus on the human capital with 3 specific targets: (1) Making learning the central objective of the education system (2) Tackle malnutrition of women and young children (3)Implement the Universal Health coverage to boost health access and quality. One of the highlights of her presentation was the Human Development Index or the Human Capital Index, which is calculated by the ratio of survival, Education, health and productivity.

As an input to the CPF, the Bank solicits the views of a wide range of stakeholders through a series of consultations. A focus group discussion (FGD) was organized to feedback from the different stakeholders in the meeting. Stakeholders in the meeting include the three major sectors of the CSOs (Health, Domestic Abuse, Environmental Conservation), Business Process Outsourcing (BPOs) Industry, Entrepreneurial sector, the Academe and the LGUs. The early CPF consultations will serve as a guide on potential priority areas for World Bank engagement over the next five years. This meeting will inform the elaboration and drafting of the CPF, which will be made available online for public comment. After the consultation, the World Bank will share a summary of the discussion within a span of two weeks.

CCEF commend the sincere efforts of the World Bank Group in its concerns towards improving the lives of the Filipinos, as well as their comprehensive studies to constantly adapt to the needs of the country.

SCCRMC Donates to the Lend A Blue Hand Campaign