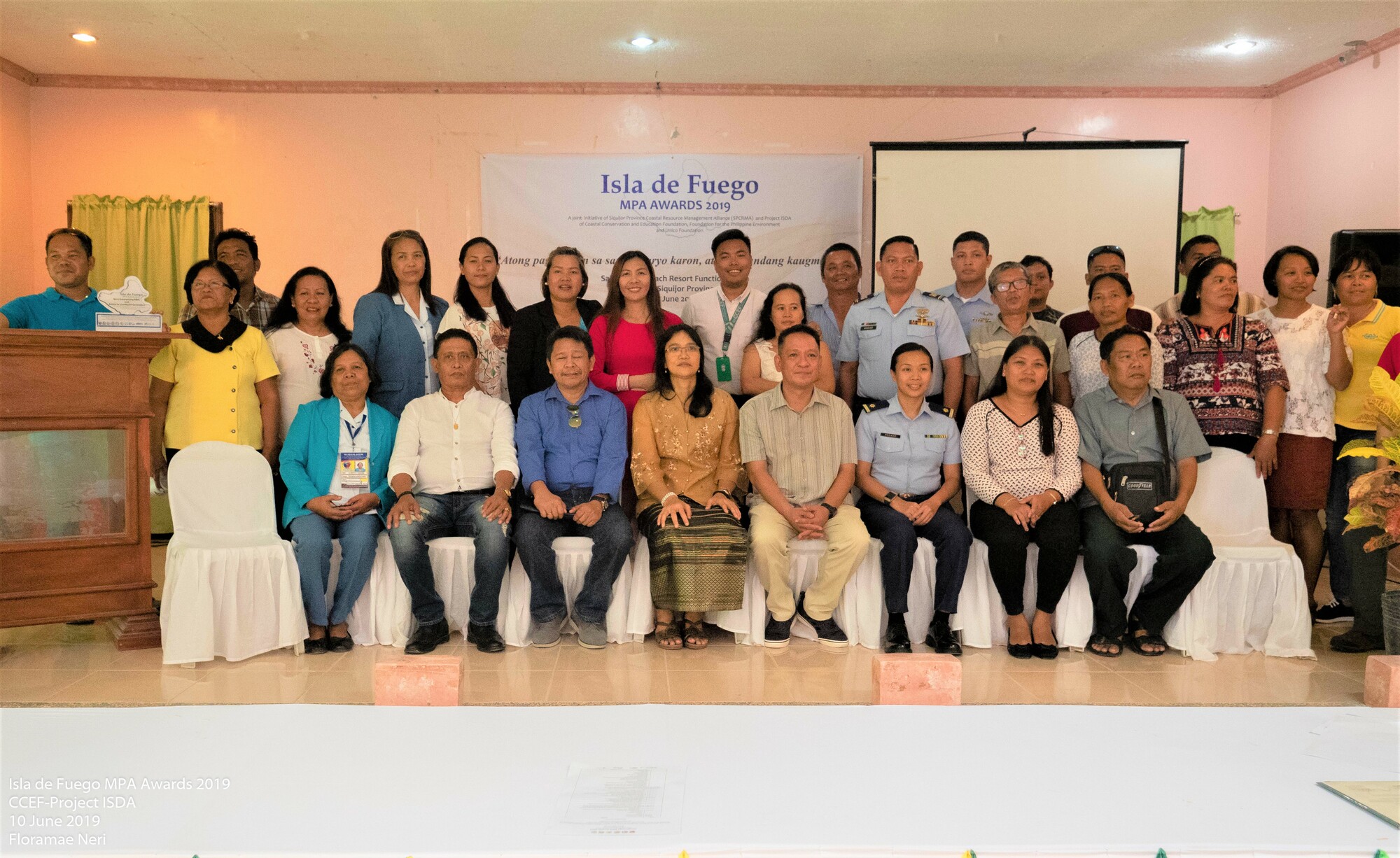 CCEF Staff and participants during the Isla de Fuego awards

Siquijor Island was once called “Isla de Fuego” which is translated to “Island of Fire” by the Spaniards during the Spanish era because the island glowed from the great swarms of fireflies that lived in Molave trees.
As its name implies, the Isla de Fuego MPA awards is a special event which caters to the locally established MPAs of Siquijor. The Isla de Fuego MPA awards is a smaller version of the national MPA awards “Para el Mar”, a biennial event which showcases the country’s best-performing marine protected areas (MPAs). The event was organized by CCEF, in partnership with Unico Conservation Foundation and the Foundation for the Philippine Environment.

The event starts with several messages from the different stakeholders who have supported the siquijor MPAs through the years.

CCEF’s new executive Director, Auburn Patrick Samson was introduced to the SPCRMA members, and gave a short message on the importance of our coastal and natural resources.

Leni Marie Pasco, a representative of the Philippine Coast Guard, delivered her message about her experience on helping protect the coasts,
Lt. Col. Anthony Bagarinao from the Philippine National Police (PNP) and shared his experiences with the task force during their operations at the Tanon Strait and Bantayan Islands in Cebu.

Michelle Baird, CCEF Project ISDA Manager proceeded to present the summary of MPA MEAT (Management Effectiveness Assessment Tool) and the mechanics of choosing the winners of the best MPA awards, and the criteria of choosing them.

The awardees of during the Isla de Fuego MPA awards are as follows:

MPA Champion of the Year: Danilo Casalta of Maria

The awardees for the top 5 best MPAs are:

The Binoongan marine Sanctuary has won the Isla de Fuego Best MPA award for the second time around, and has proven to have greatly improved through the years in terms of sustainability and increase in fish biomass.

Congratulations to all the Isla de Fuego awardees!