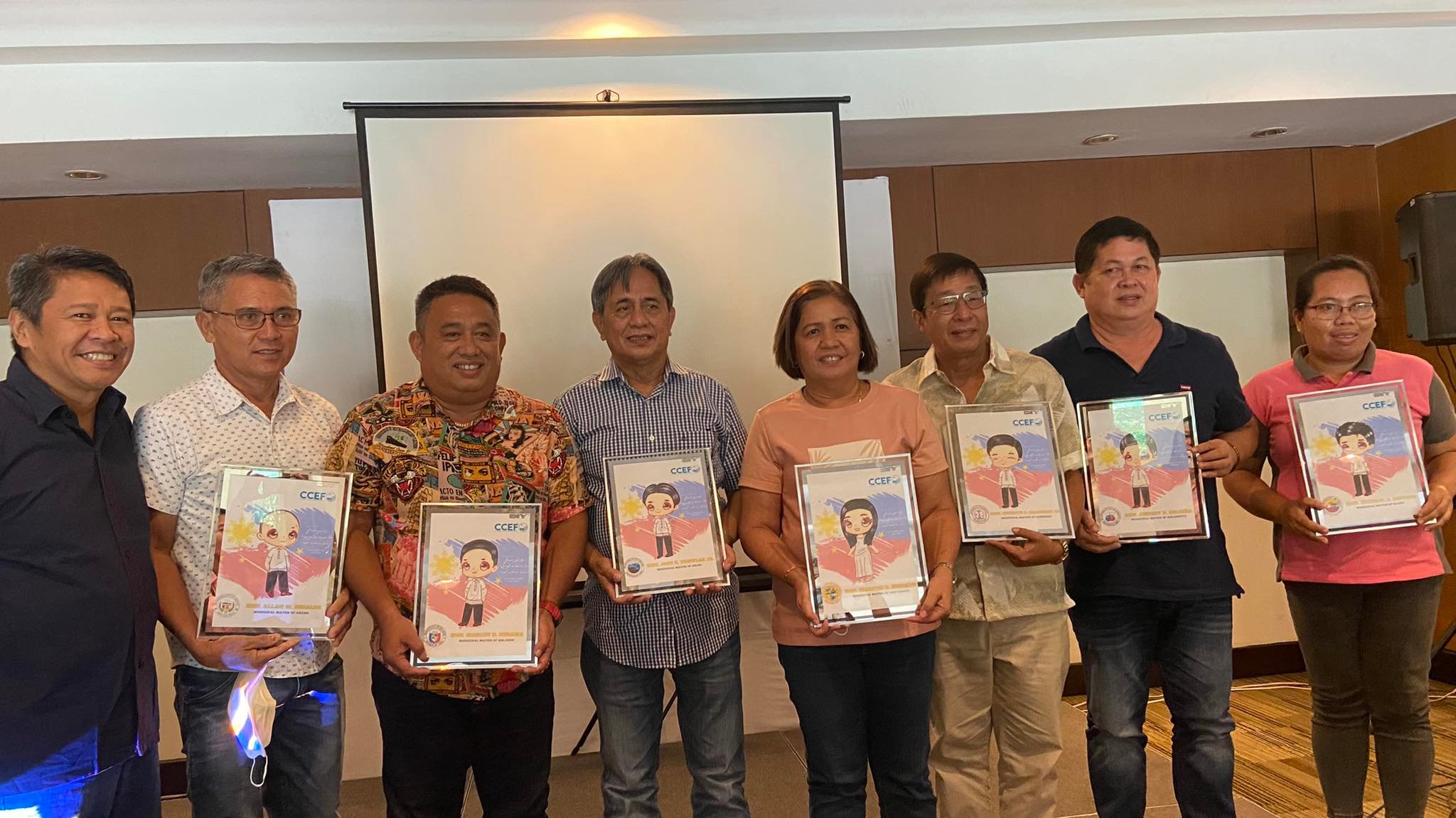 Last June 3, 2022—The South Cebu Coastal Resource Management Council(SCCRMC) held its monthly meeting at City Sports Club Cebu. During the meeting, they discussed the turnover of the next SCCRMC member and allocated Php 70, 000 from the remaining budget to support the CCEF’s  Lend A Blue Hand activities in ADABOSS.

In the last National Elections, only five out of seven mayors will remain seated in the council. The meeting discussed the turnover of the council for the next term not later than June 30, 2022, as a tentative date, said Hon. Mayor Tumulak of Oslob.  It was discussed the remaining budget that is being halted due to the super typhoon Odette and allocated to the programs and projects suited for it. With this, the council decided to donate an amount of 70,000 pesos to CCEF as a support to the Lend A Blue Hand campaign. At the end of the event, CCEF gave a token of appreciation to the mayors for their unwavering support.

CCEF commits its full support to SCCRMC and its new council for a common goal and that is, all for the marine ecosystem and for the people.

Continue to support CCEF’s work in empowering coastal law enforcers in conserving marine protected areas. Partner with us by sending us an email at info@coast.ph.

CCEF hold the last SCCRMC Meeting for the year 2022