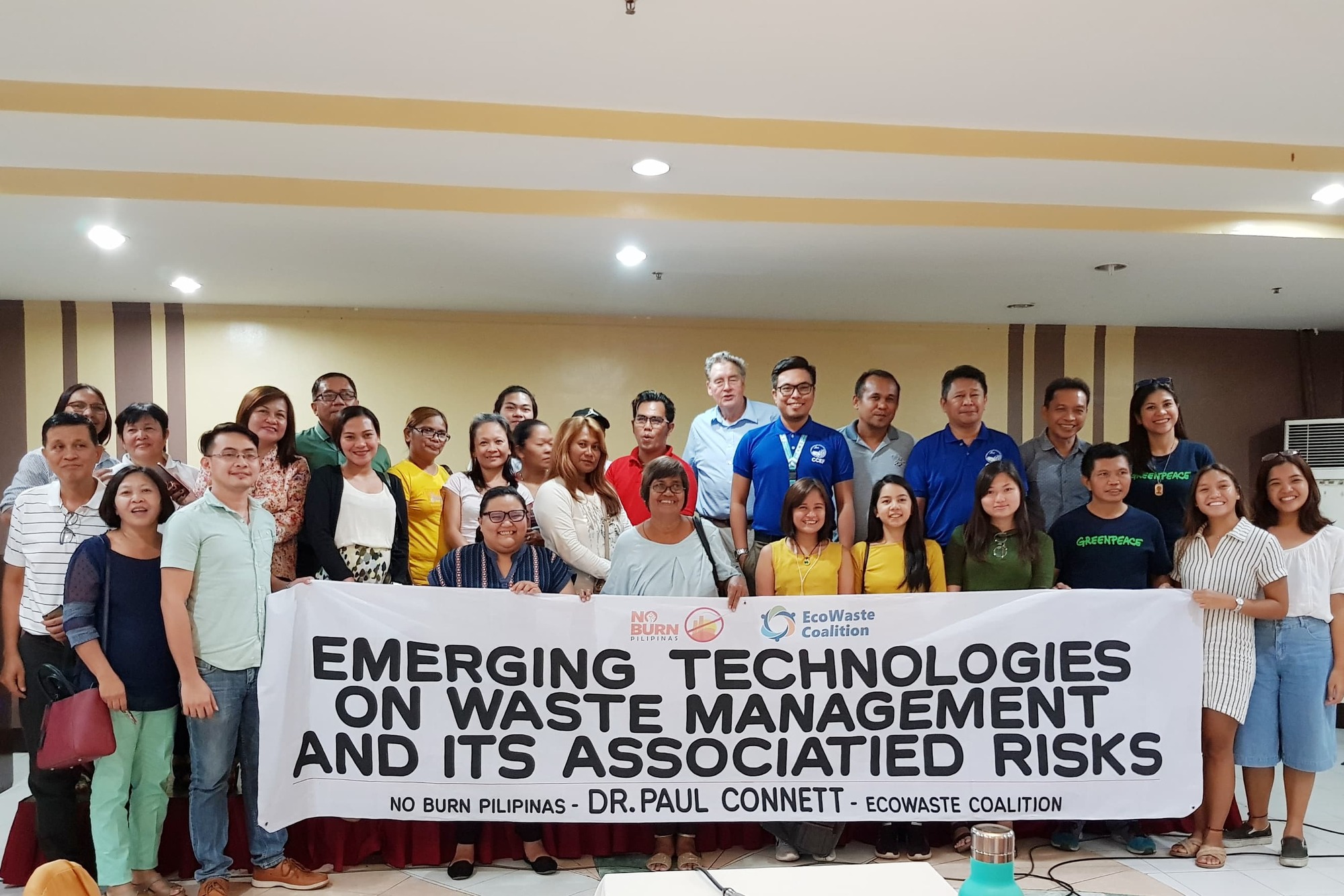 July 3, 2019— A series of talks was held at the Cebu Business Hotel on Waste-to-Energy, sponsored by No Burn Philippines and EcoWaste Coalition.

Cebu City’s garbage has been worsening through the years. From around 200 tonnes of garbage accumulated daily before the 2000s, Cebu City now produces at least 600 tonnes of garbage a day. The Inayawan Landfill where Cebu City’s garbage has been dumped into was just recently closed, due to several violations of the landfill as assessed by the DENR-EMB. From then on, the City has been placing its garbage from one Landfill to another, in Consolacion and now in Binaliw.

To help rehabilitate the Inayawan Landfill, the Cebu City government has proposed a Waste to Energy Facility in hopes of being able to incinerate the garbage in the dumpsite and convert into useful electrical energy.

The Asian Development Bank gave P40M for the pre-feasibility study for WTE technology for the Inayawan Landfill last year. The recommendations of the study team on a WTE plant has been endorsed to incoming Mayor Edgardo Labella, who is open to the concept of WTE. Apart from Cebu City, returning Gov. Gwen Garcia is said to also entertain a similar WTE facility in the Balili property to solve the garbage problem of the province.

Dr. Paul Connet of the Fluoride Action Network discussed the impacts of these Waste to Energy Facility to the Environment, including the ten steps towards the true solution to the waste problem—going Zero Waste. According to Dr. Connet, Waste to Energy Facilities are extremely expensive, pollutes the environment and produces very little energy. Instead, he advocates for a zero waste solution, in which he emphasizes the importance of the support of the political leaders in pushing for this movement. This perspective has gained much support from several CSOs and environmental NGOs, including PBSP, Greenpeace Philippines, Oceana, CCEF and the Academe.

Dr. Paul Connet says that the first step in solving the waste problem starts with reducing and separation of garbage. Thus, he recommends for an anaerobic digestion facility for the Inayawan landfill instead of a Waste to Energy facility. Overall, these plans can only push through with the fervent support of the people and the leadership of the government officials.