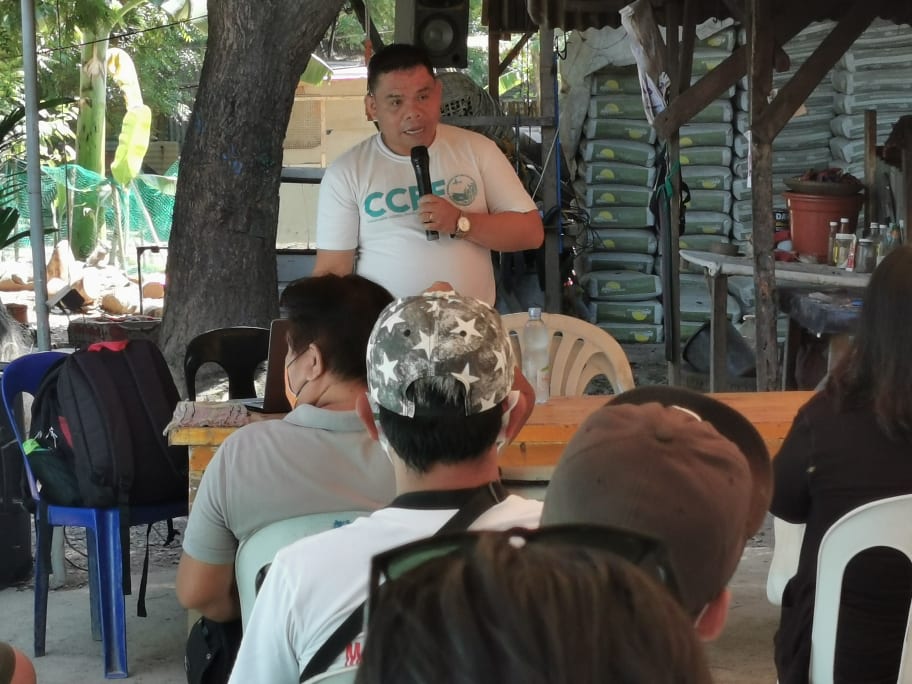 JULY 26, 2021— CCEF was invited by the Talisay City Parole and Probation office as a guest lecturer for their pilot project on mangrove planting community service for its probationers.

Many rivers in the Philippines have large mangroves which prevent siltation from going to the sea. In the past, people have overlooked the important role of mangroves in coastal protection, habitat and ecosystem services and siltation prevention leading to many urban development projects which have converted hectares of mangrove forests into reclamation projects and other urban structures.

At the mouth of the Mananga River is Barangay Dumlog and Biasong, where plenty of the trash can be seen tangled in the roots and branches of its mangrove forests. These mangroves are under threat from illegal sand and gravel extraction and illegal conversion and cutting. Together with the Talisay City Parole, CCEF, represented by its Coastal Resource Management Officer, Ranie Ibanez presented the importance of mangroves and the right conditions for them to grow.

A total of 30 persons during the seminar were taught about mangrove planting and site selection.