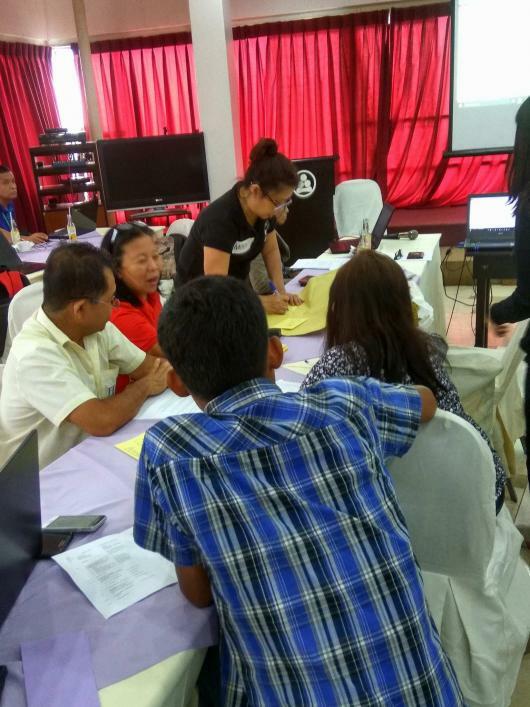 “The Province of Cebu should make sure that projects of the government are under the prescribed powers under the Local Government Code,” said Rommel Kirit, senior environment specialist of the Provincial Environment and Natural Resources Office (PENRO).

As the thrust of the 1st Cebu Provincial Environment Summit, local government unit (LGU) representatives discussed the state of Cebu’s environment and natural resources. Among the issues currently faced by the province include poor Coastal Law Enforcement (CLE), obsolete Coastal Resource Management (CRM) plans, insufficient budget and lack of technical personnel and weak fisherfolk organization. In addition, most the biophysical data collection in various municipalities of Cebu are dependent on special projects.

Representatives of different LGUs presented best practices in solid waste management (San Francisco), waste water management (Naga City), tree growing (Liloan) and coastal resource management (Dalaguete). Former CCEF member Dalton Dacal shared the importance of the establishment of an Marine Protected Area Network in the municipality of Dalaguete in the preservation of its waters. In 2002, the Balud-Consolacion Marine Park and Sactuary was created following the decision of Mayor Rolan Cesante and in cooperation with CCEF.

The second day of the summit was composed of an orientation of environmental laws as well as two workshops concerning current environmental issues and the alignment of programs and institutional among LGUs and civil services organizations (CSO).

The summit was held at Hotel Asia last August 17-18. As an accredited CSO within the province of Cebu, CCEF will continuously play an active role in the local planning and enforcement of coastal resource management in its component municipalities and cities.