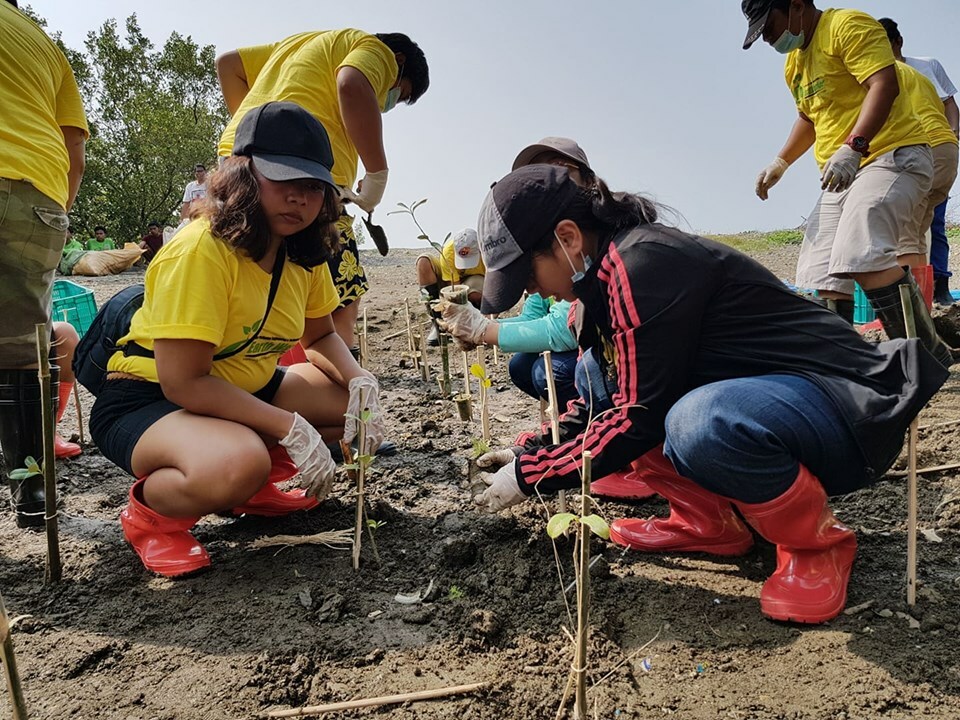 Mangroves are trees or shrubs that have adapted to living in salty and brackish environments. Their roots stabilize them in place making them strong and sturdy, protecting coastal areas from strong waves and storm surges. Mangroves also acts as a habitat, nurseries, and shelter for different fishes and other organisms.

Participants from LEAR were then asked to group themselves to five and were lead to the planting site by the staff. Each group was given one small shovel for digging and small Abaca ropes to tie the saplings on bamboo sticks to keep them upright. One staff from CCEF was assigned to each group to facilitate them in the activity. Mr. Jonatahaniel Apurado-CCEF Mangrove Specialist then gave instructions and demonstrated the method of planting the mangrove saplings. A total of of 650 Avicennia mangrove saplings were planted that day.

After the mangrove planting, participants then proceeded to the Coastal Cleanup activity with each group bringing two sacks for the trash collection. Each trash was counted, tallied, and segregated based on the type of trash (i.e., Plastic bag, food wrappers, plastic bottles, cans, and etc) for data encoding in the Clean Swell application.

After the cleanup, the participants were gathered for the awarding of certificates which was given by Mr.Lloyd Yosoya- CCEF Program Coordinator to Mr. Arnold Buot- Process Quality Engineer at Lear Corporation – PETC and Ms.Rosanna Labucay- Human Resources Manager at Lear Corporation.

Kudos to Lear Corporation and Barangay Biasong Talisay for your sincere dedication in conserving our mangroves! To more cleaner and greener mangroves in Biasong!