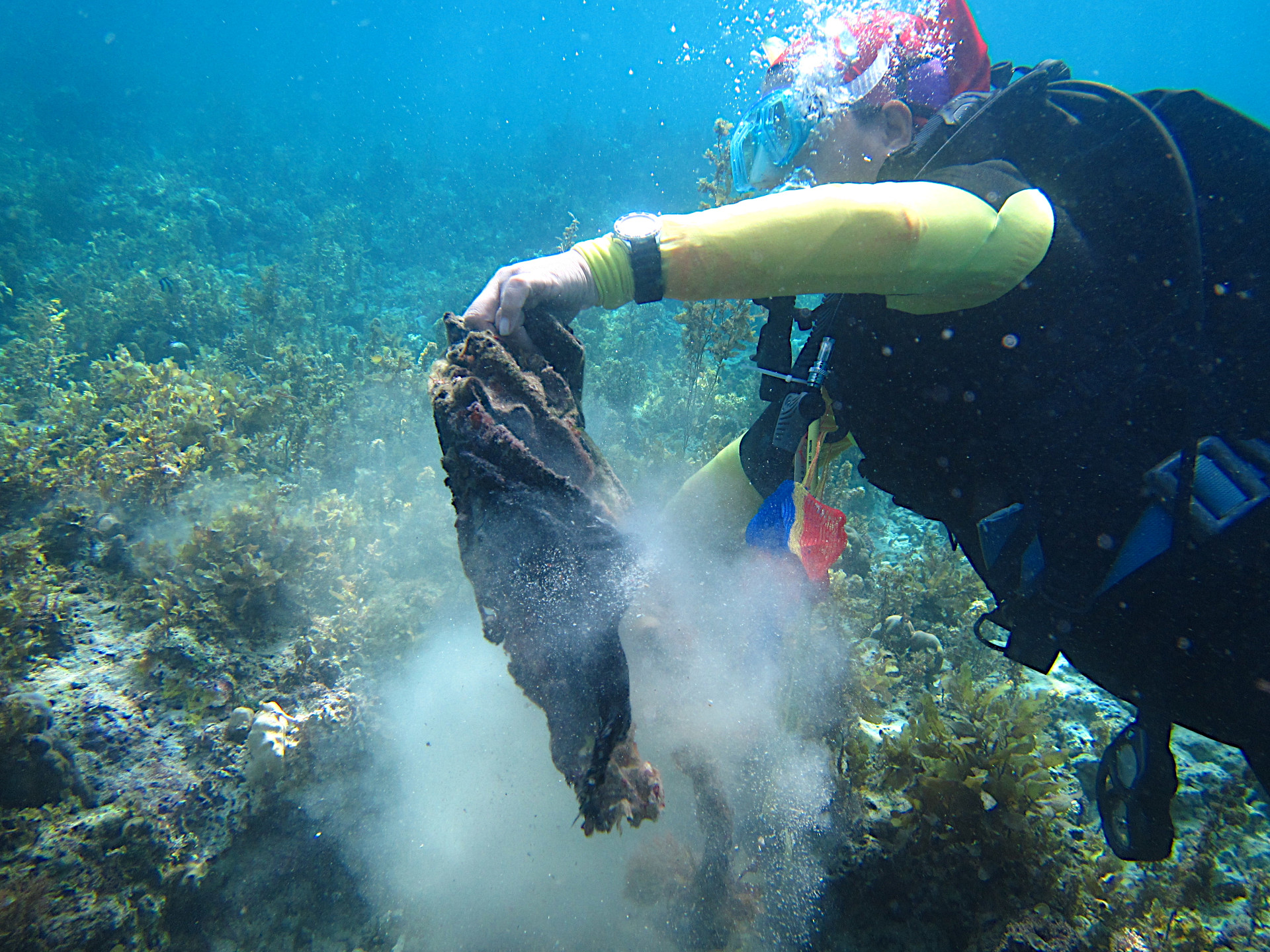 The cleanup kicked-off with the opening remarks from Mr. Arturo Regis Barrit from the UGLY Group Scuba Divers and the introduction of the different groups who are joining the dive. One of the marine biologists from SEA Knights, William Villaber also gave a short recap of the last cleanup dive at Dalaguete, including his short conclusion on the effects of siltation on coral reefs due to the runoff from Limestone mining at Alcoy.

A total of 36 divers join the cleanup, including 5 divers from CCEF. After the cleanup, the divers were able to collect 18 sacks of trash comprised mostly of discarded nets, fishing lines, glass bottles and discarded clothing.

The cleanup activity closed with the remarks from Cordova Mayor, Teche Sitoy-Cho who welcomed the group and the preservation of the marine environment in a coastal municipality like Cordova.

Coral reefs are very fragile ecosystems. They can choke from too much garbage and sedimentation/ siltation as they need sufficient sunlight for photosynthesis, easily break off from strong waves and from anthropogenic sources, and easily bleach when exposed to temperatures even just 1 degree Celcius outside its tolerance range (around 23°–29°Celsius) .

Based from the garbage that was collected in Cordova, it was clear that there was a need for the protection of the coral reefs from a multitude of sources. Much enforcement is needed in littering in the area especially on food and beverage merchandise such as junk foods, soft drinks and alcoholic drinks.

A lot of discarded fishing items were also found tied to coral branches such as plastic nets, fishing lines and ropes which are commonly used during embarkment and disembarkment of pumpboats. This has caused a lot of the corals to break off and eventually die.

Based on the results from the SCUBA cleanup, CCEF Marine Biologist, Mr. Jonathaniel Apurado, recommends the following: