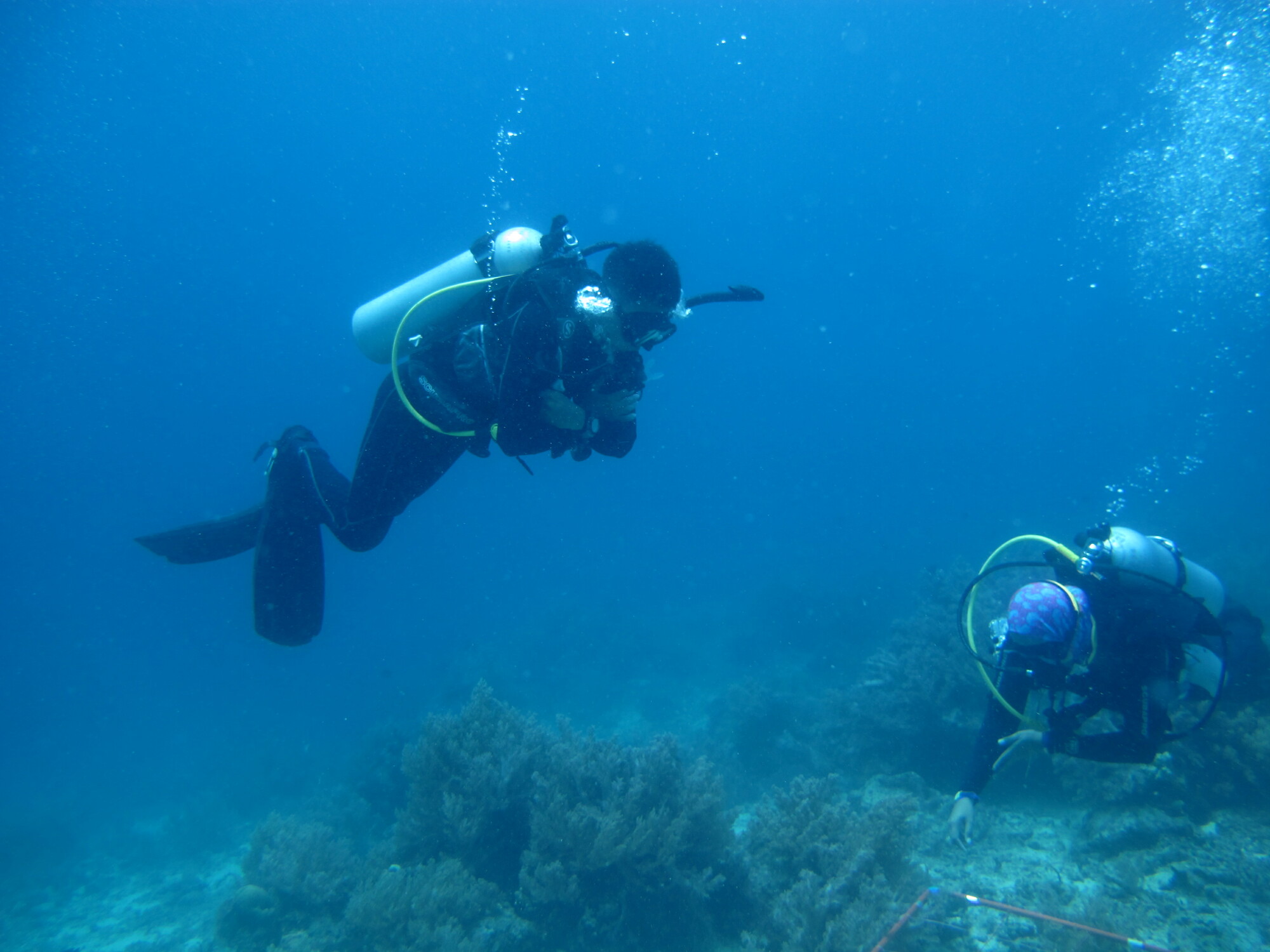 Just recently, CCEF has just finished its preliminary assessment in southern Cebu as part of the Coral Reef Rehabilitation Project: Assessment and Capacity Building through Protocol Training in Southeast Cebu and Siquijor Province (ADABOSS Project). ADABOSS stands for the seven municipalities to be assessed by the project Argao, Dalaguette, Alcoy, Boljoon, Oslob, Santander and Samboan

The ADABOSS Project was conceptualized as part of the overall coral rehabilitation framework of CCEF. Typhoons Waishi (Sendong) and Bopha (Pablo) severely damaged the coral reefs in Siquijor, Negros Islands and Southeast Cebu in 2011 and 2012, respectively. CCEF with the support of UNICO Conservation Foundation, helps in the capacity building of typhoon-damaged communities in coral reef rehabilitation and builds resilience against adverse impacts of climate change.

One of the most recent MPAs which were assessed in Pasil Marine Sanctuary, Santander was devastated by the typhoon. Finescale surveys showed that coral reefs are were devastated and are in poor condition and reef fish and target fish (fish usually sold in fish markets) populations were declining. However, because surveys show that there were enough rocks and limestone (which are essential for coral settlement) for the corals to recover on its own, the team concluded that there wasn’t a need for Active Coral Rehabilitation in the area. Passive Coral Rehabilitation should be implemented in the area was recommended instead, as fish populations were found to be not declining because of the devastated reefs, but because of overfishing by illegal fishers as confirmed by the Bantay Dagat.

*This article is based on Dr. Aileen Maypa’s report to CCEF as part of The Coral Reef Rehabilitation Project: Damage Assessment And Capacity Building Through Protocol Training in Southeast Cebu And Siquijor Province, Central Philippines (ADABOSS project) funded by UCF.