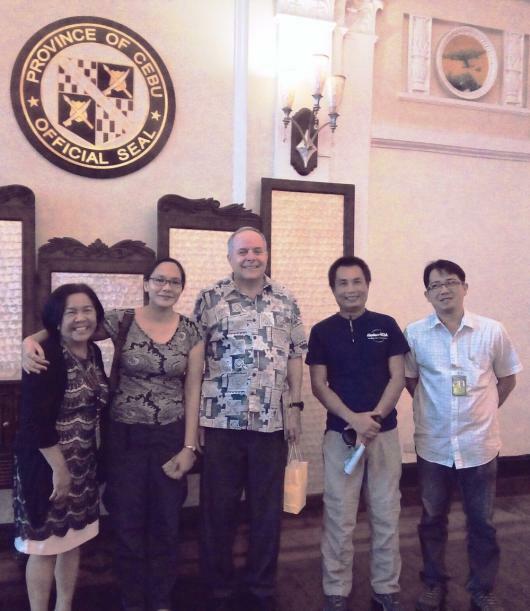 CCEF attended the lecture of Dr. John McManus, a professor of marine ecology at the University of Miami, Florida, on “The Philippines without Coral Reefs: A Look into Options for Management and Enforcement” on September 7, 2016 at the Cebu Provincial Capitol. Dr. McManus presented his observations of the extent of coral damage in the West Philippine Sea which were caused by dredging and the harvesting process of endangered species such as giant clams. It has come to a point where fish and invertebrate populations cannot be sustained.

“The marine damage done by China to fisheries, attributed to its artificial island building, was extensive and irreplaceable” says Dr. John McManus. Damaged reef atolls in the West Philippine Sea may not survive climate change impacts in 2100. Of concern is the fate of the people living in one of the islands. If the territorial between the Philippine and Chinese governments dispute would worsen, he strongly recommended evacuating the people from the island. He also proposed that the disputed area be established as a “Peace Park”, which is basically an international marine park, to lessen or end the territorial dispute and to preserve what global marine experts claim to be one of the most beautiful and productive coral reefs in the world.

Prior to Dr. MacManus’s talk, Mr. Mario Marababol, a marine biologist from the Cebu Province, presented the illegal coral trade happening in Cebu City while Capt. Lyndon Ruiz, member of the Cebu Provincial Anti-Illegal Fishing Task Force (CPAIFTF), reported on the updates on the enforcement of the illegal trade. The lecture was organized by the Provincial Environment and Natural Office (PENRO) and Cebu Provincial Anti-Illegal Fishing task Force (CPAITF) with USAID’s ECOFISH Project.