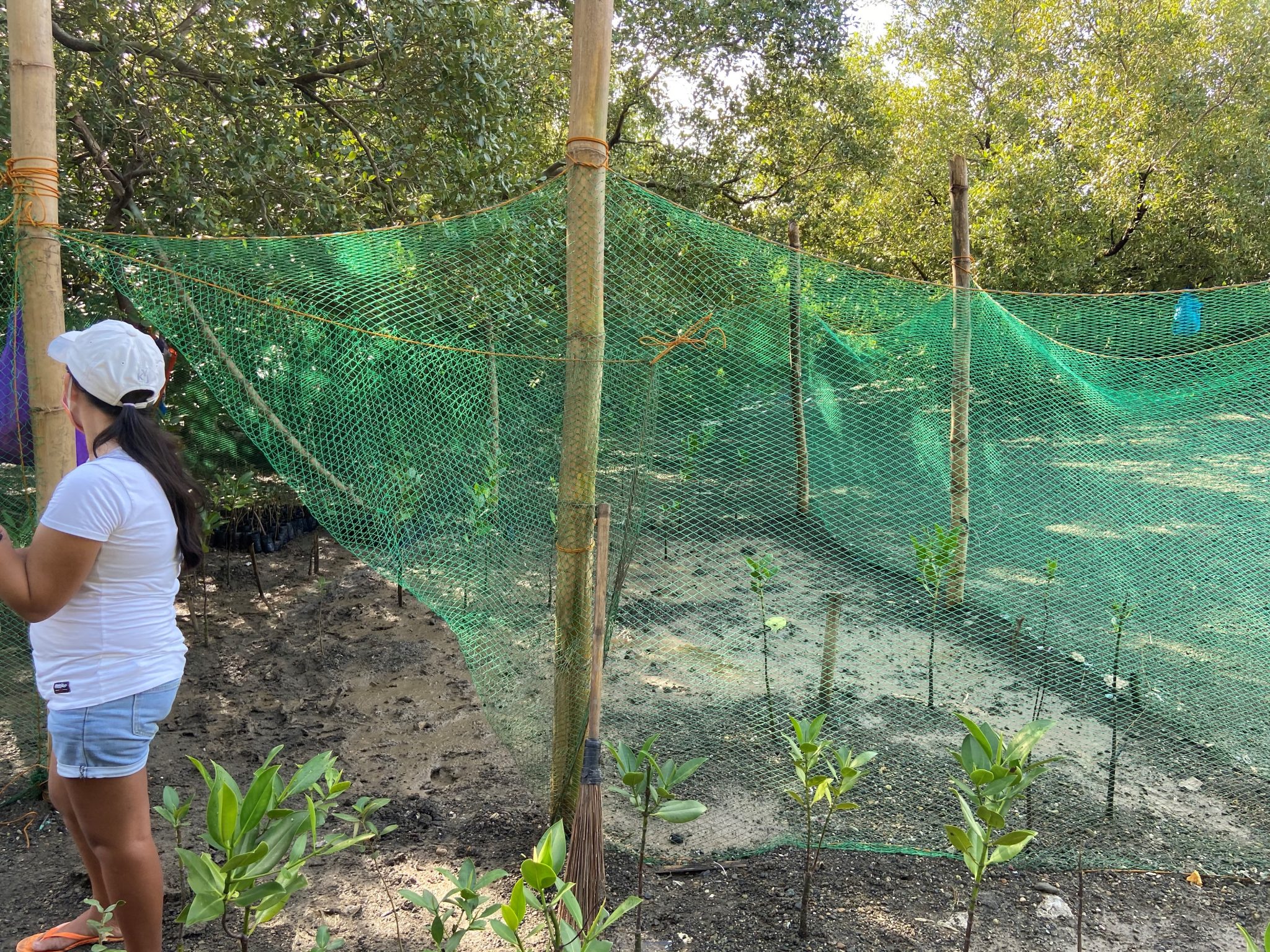 The Biasong Women’s Association (BWA) has successfully set up its first mangrove nursery in Talisay City.

The Biasong Mangrove Area is mostly composed of Avicennia marina mangrove species, which thrive along the mouth of the Mananga River. In the past, the mangrove area in Biasong was so full of garbage that there was no space for the regrowth of mangrove seedlings.

Last 2019, the BWA was one of CCEF’s beneficiaries in the Our Ocean Project SMILE and was trained in creating a sustainable livelihood from mangrove seedlings.

Since the start of the campaign of CCEF Project SMILE in Biasong, the LGU and the BWA has started weekly coastal cleanups to remove garbage from the mangrove area and the river. However, garbage and heavy siltation in the river still remain as a problem in the area, contributing to the coral bleaching evident in Lagundi Reef.

Mangroves serve as one of the most efficient natural filters of sediments and garbage so that clear waters flow through the ocean. Bringing this advocacy, the BWA has started this mangrove nursery which not only help provide income for women in Biasong, but also helps business partners to become part of the solution to the problem of siltation in Talisay City.

According to Warlita Apolinario, President of BWA, their organization was given financial support by the city of Talisay to set up the mangrove nursery in Biasong. They have also recently become accredited by the LGU as an operating PO and is recognized the City’s Agricultural Office. Today, they have successfully set up a mangrove nursery that can house up to 500 seedlings!

Continue to help us empower BWA and be part of the solution in Talisay City. Send us an email at info@coast.ph or contact us today at (032)233-6909.