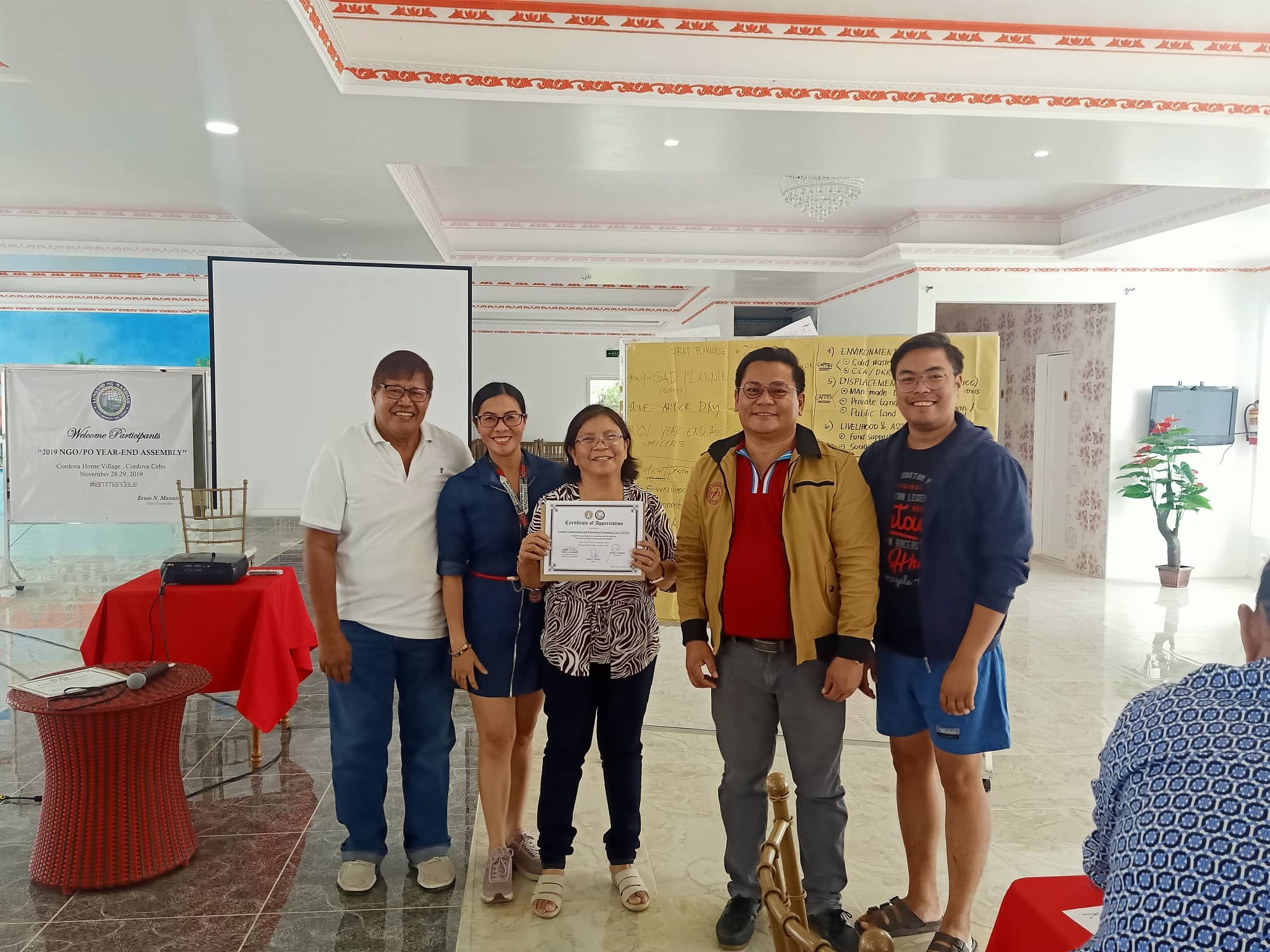 CCEF Staff, Mariza Calumpang, Bernadetta Lasula and Lloyd Yosoya represented CCEF during the NGO/PO Year-End Assembly at the Mandaue City, Cebu. During the meeting, selection of officers for the CSO representatives was held, and CCEF was elected as CSO secretary, represented by CCEF Program Coordinator, Lloyd Yosoya.

Congratulations to all newly elected CSO officers in Mandaue City!

A STAND-InMSEA Meeting for the SEAS by the SEA