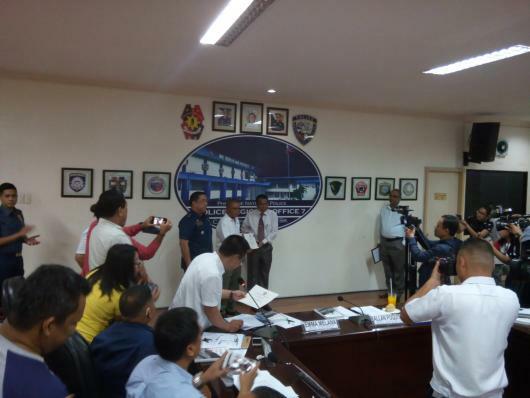 The meeting with CLEAR-7 started with reports from various Agencies and Local Government Units. In Cebu City, various issues were raised out such as lack of enforcement, lack of personnel, intrusion of
commercial fishing vessels on municipality waters. Similar reports were heard from other areas. One of the guest speaker was from the Republic of Bangladesh Ministry of Fisheries and Livestock, Md. Nazrul Anwar. The speaker spoke of his learning here in the Philippines. He also presented of an overview of the fisheries sector of his country.

The main highlights of this meeting was the close season of the Visayan Sea, which starts 15 Nov, and the enforcement of Tañon Strait especially during this time. The closing of the Visayan allows the sardines, herring and other target fishes to spawn, thus increase their numbers. During this closed season, security on other areas are heightened especially Tañon Strait.

During the meeting, apprehensions of illegal fishers were also presented. Tañon Strait also now has a dedicated prosecutor appointed from the DOJ. OCEANA also stated on a format under development to be used for filing cases against violators. This format should help in reducing dismissal of cases filed. Tañon Strait will soon have 2 new additional patrol boats. The Philippine Navy and Coastguard are still committed in defending our natural resources and enforcing maritime laws.