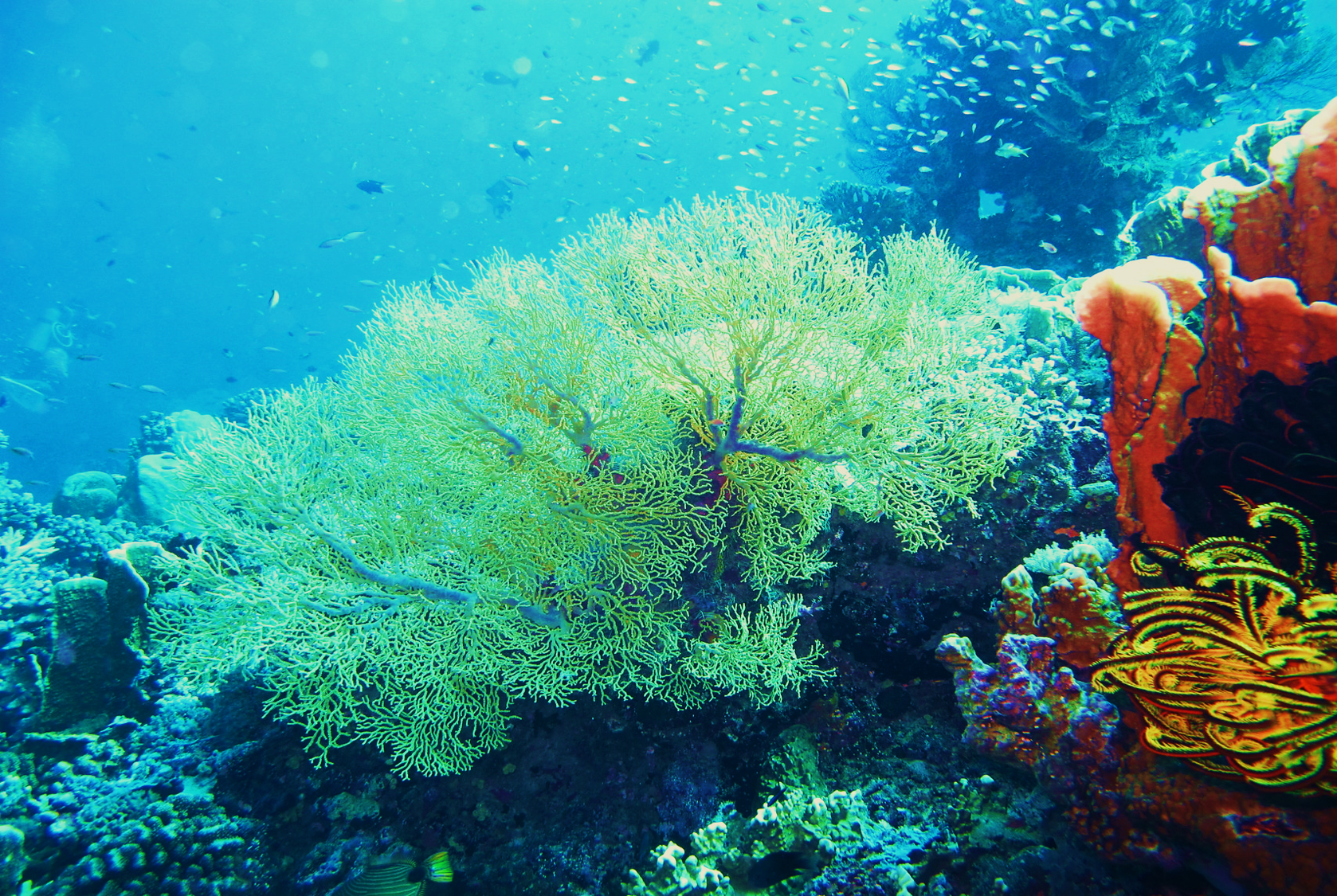 Coral reefs teem with diverse life. Thousands of species can be found living on one reef. The Great Barrier Reef contains over 400 coral species, 1,500 fish species, 4,000 mollusk species and six of the world’s seven sea turtle species. The Coral Triangle – a coral-rich marine region in Southeast Asia that encompasses the waters between Indonesia, Malaysia, the Philippines and Papua New Guinea – is the most biologically diverse marine ecosystem on Earth.

More than 500 million people worldwide depend on reefs for food, jobs and coastal defense. The ridges in coral reefs act as barriers and can reduce wave energy by up to 97%, providing crucial protection from threats such as tsunamis. They help protect areas such as mangrove forests and seagrass beds that act as nurseries for marine animals, as well as human coastal populations.