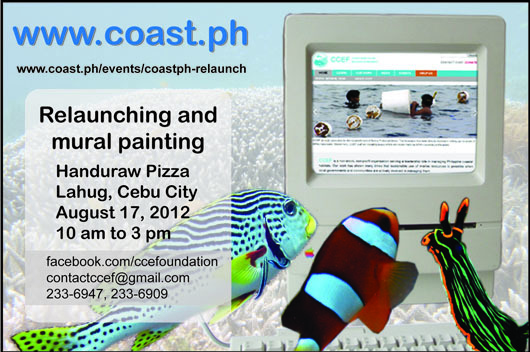 This event was held on August 17, 2012.
Friday, August 17, 2012 started out like most days here in the Philippines – hot, and humid. The organizers of the event that was held in Handuraw Pizza in Cebu City wondered if it would become too uncomfortable for participants when they have to go out into the street and start painting the mural. But the heat did not deter them, even though the event started late in the morning already. Representatives of the different civil society groups like IRO, FPE, Movement for a Livable Cebu, Rotary International and government partners of CCEF were well represented.CCEF training coordinator Analeh Patindol emceed the event and she began by introducing the host of the affair, CCEF Board Member and Handuraw owner, Mrs. Becky P. Smith. Becky graciously welcomed everyone to the event and talked about the importance of the mural’s theme – Thinking Globally and Acting Locally with respect to how we treat the environment.The project manager of CCEF’s Danajon Bank Marine Park Project, Jun Amolo, also talked about Danajon Bank and how the effect of global warming and unsustainable practices is making this unique and valuable resource barren and unproductive. CCEF Executive Director Atty. Liza Osorio mentioned that a consensus statement signed by hundreds of marine scientists during ICRS 2012 urged everyone to take heed of global climate change and its effects on the health of coral reefs worldwide. She mentioned that minimizing the effects of global warming is possible when everyone does something about locally occurring threats to coral reefs. Such threats include pollution, illegal fishing and siltation of reefs. Since minimizing such threats is something everyone can do, the mural is one way of reminding everyone how important each individual’s contributions can be. The launching of the website followed which began with an introduction to the CCEF Development Unit headed by Sheryll Tesch, Alen Yap, who was largely responsible for mobilizing the event, IEC coordinator Agnes Sabonsolin, and Raffy Martinez who designed coast.ph. There was a short presentation on the features of the website. The mural painting soon followed the web site launching. Everyone took their brushes and began to add color to the outlines of the shapes that were drawn by Fine Art students of UP-Cebu. Passers-by, students and their parents on their way home, and kids were drawn to the activity. Everyone who stopped and looked were invited to paint and some were very thrilled to accept. The mural painting took much of the day to finish. It was already past six in the evening when the organizers decided that the mural was finished. 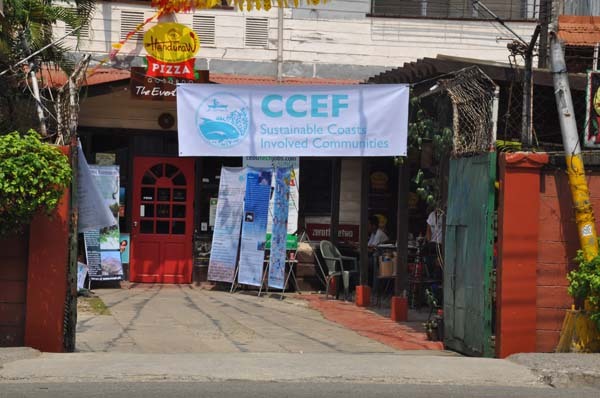 Handuraw Pizza in Cebu, site of the event

This is the outside wall of Handuraw Pizza, ready for the participants to paint over. 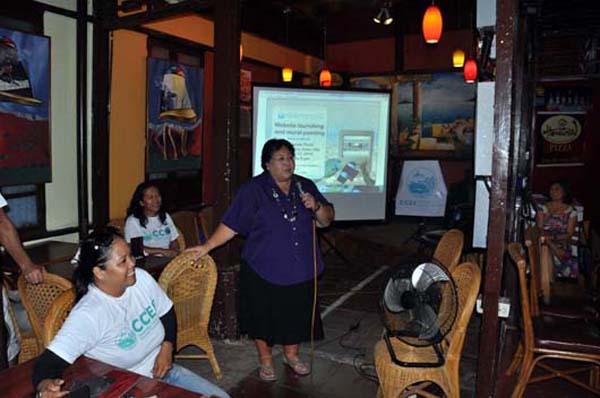 The host and owner of Handuraw Pizza, Becky Smith, welcoming all participants 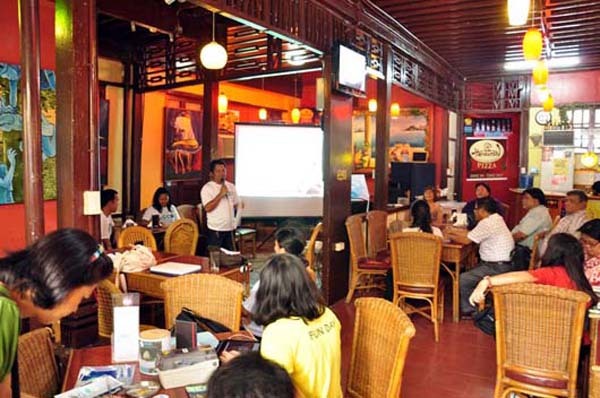 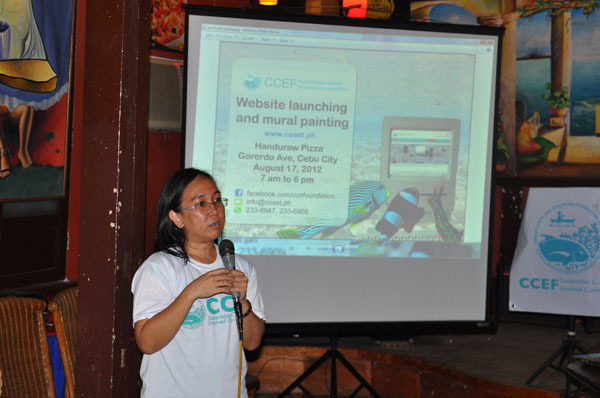 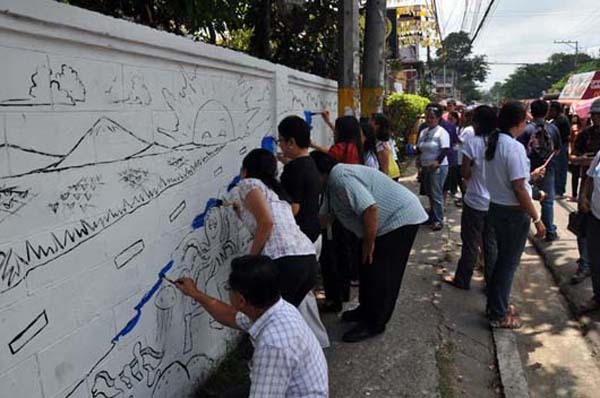 Representatives of civil organizations and partner government agencies giving the mural the first touch of color. 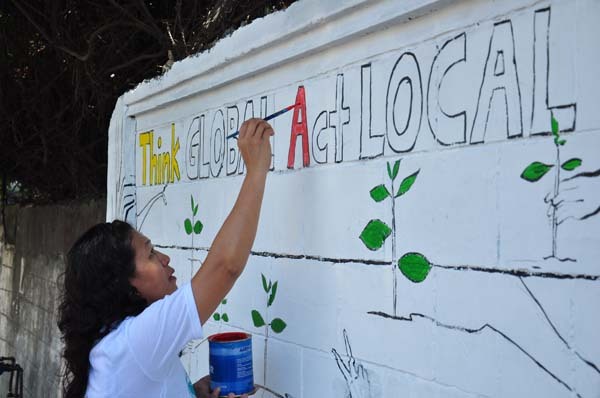 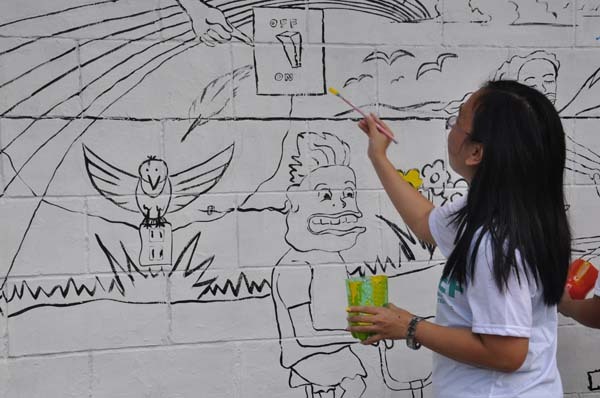 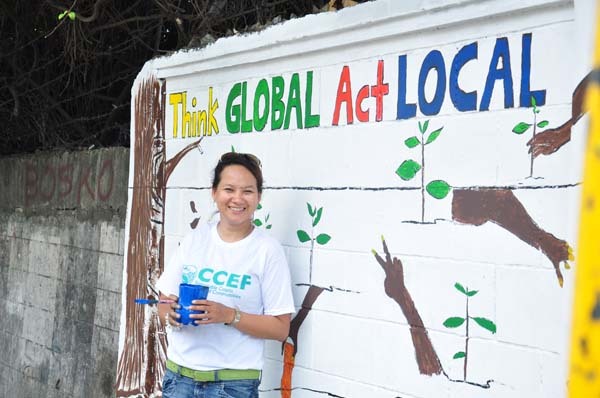 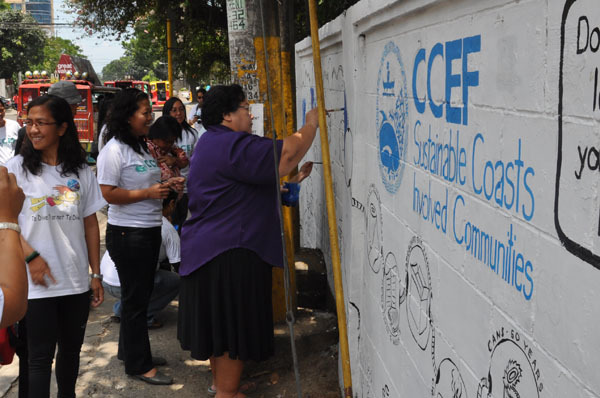 Biking is not only healthy, it is something everyone can do to help reduce CO2 emissions 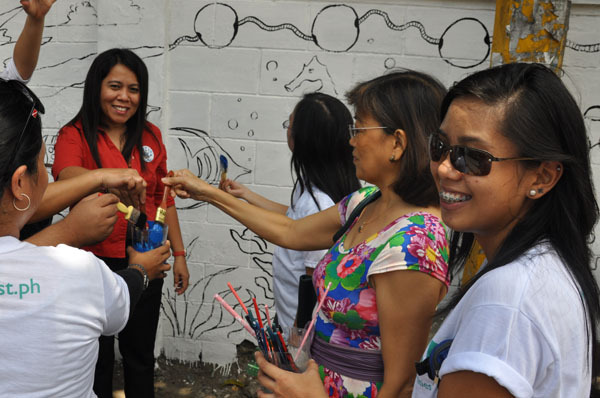 Board Member Pet Misa with Alen Yap, staff of CCEF 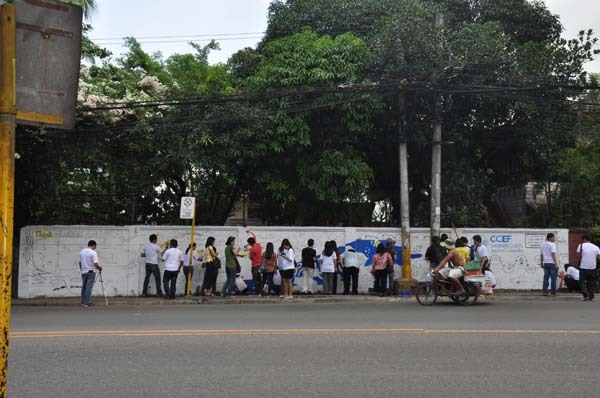 Full view of the mural being painted 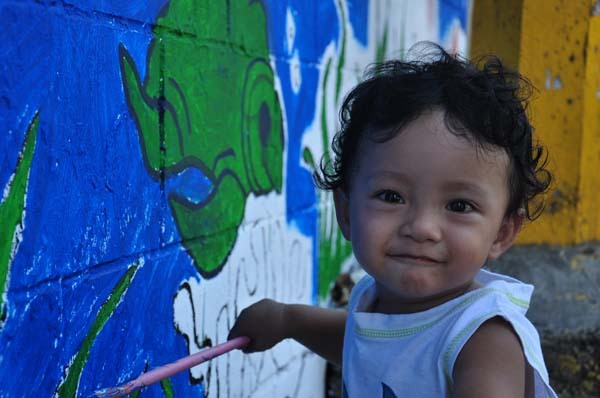 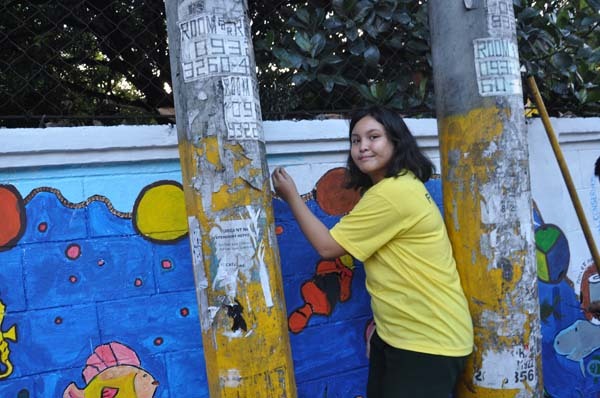 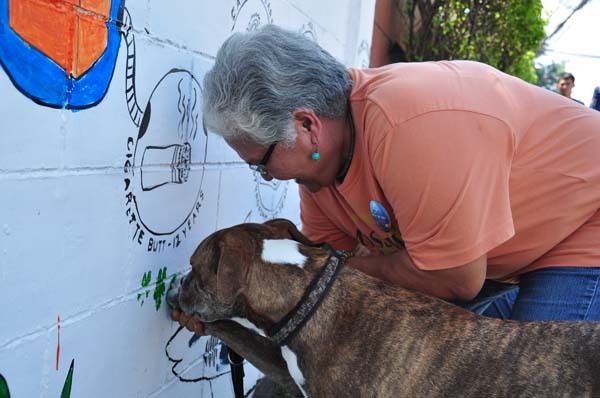 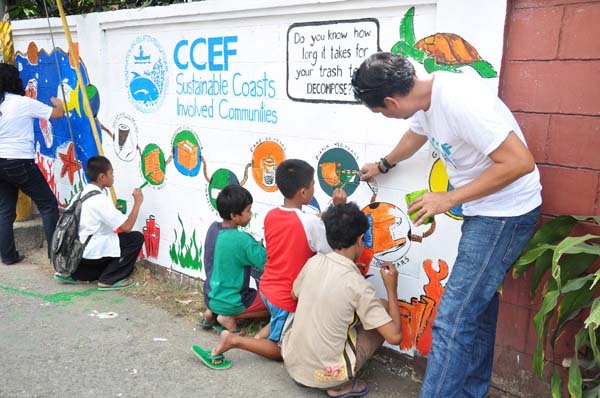 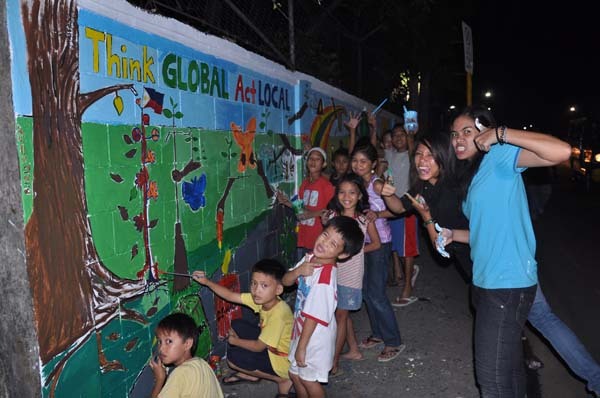 It was already way after sunset when the mural was finished