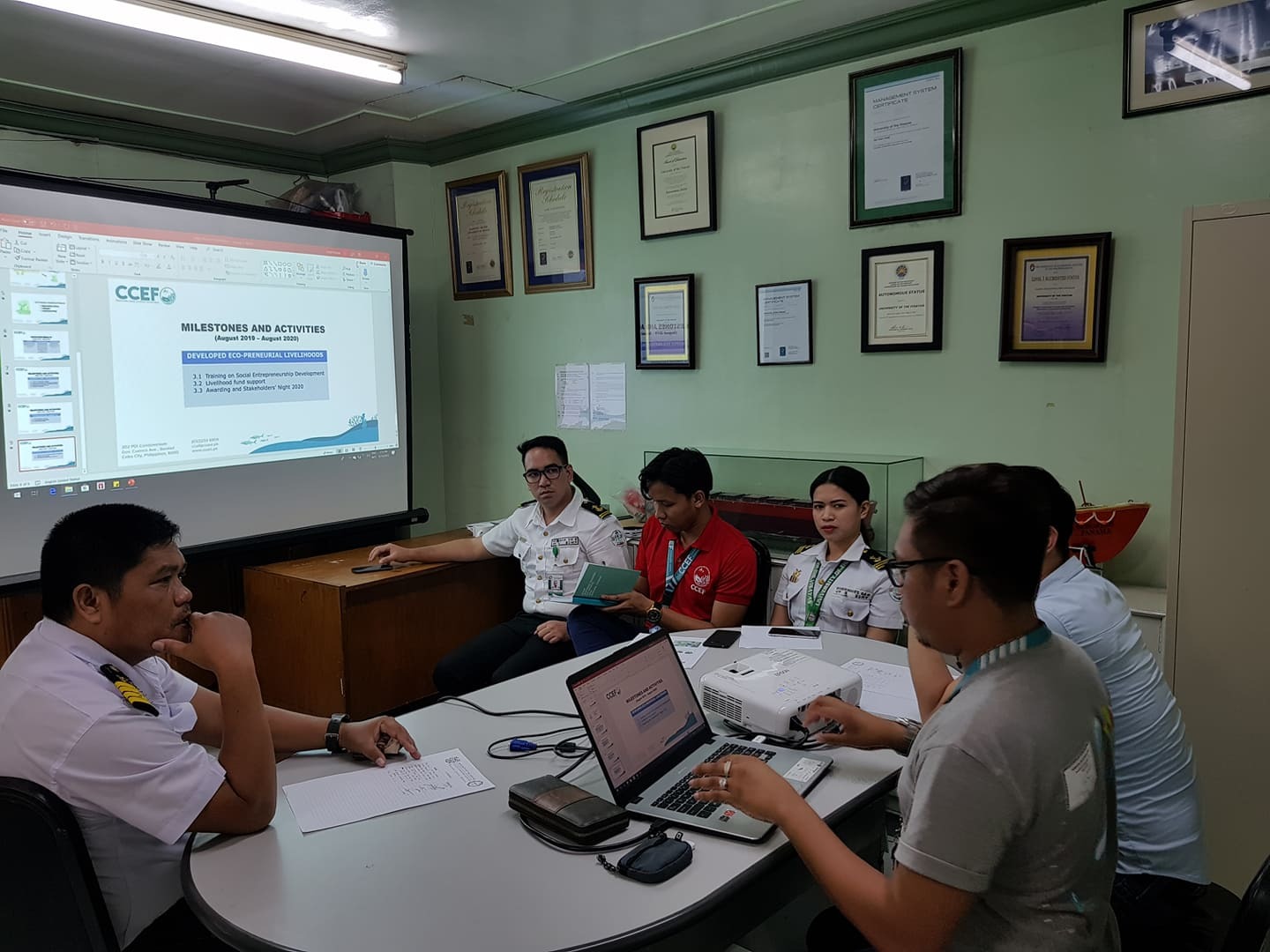 Project SMILE is the development of a Sustainable Mangrove Program in Barangay Biasong, Talisay Cebu, Philippines by establishing Public-Private Partnership (PPP) with the local government of Talisay, the academe (i.e. University of the Visayas, local schools), the business sector and corporate partners to support mangrove protection and management, environmental conservation and ecopreneurship.

Mr. Yosoya asked for assistance from the College of Maritime Education to aid CCEF in the said project since both parties agreed to form a partnership for the Sustainable Mangroves in Barangay Biasong, which happens to be the adopted barangay of the university. The administration gave their full support by deploying 1,565 maritime students to clean the target mangrove area of the said barangay twice a month in a whole year duration.

The agreement encompasses also that there would be a rotation of turns so that all of the students will be able to have the opportunity to help clean the mangrove area.

Although the project demands a substantial amount of effort and commitment to both parties involved, nevertheless, it will add Inclusivity among the maritime students to have the opportunity to lend a hand to the development of Mangrove Protection to Barangay Biasong, Transparency in terms of being able to further raise bigger awareness for Mangrove Protection since UV is initially linked and affiliated closely to Freeman News and Legacy in terms of  the current administration of Maritime Education to have such project under their term that will eventually give the university a reputation and an image to bear.

CCEF conducts coastal cleanup with A Better Ocean, University of the Visayas and Biasong Talisay