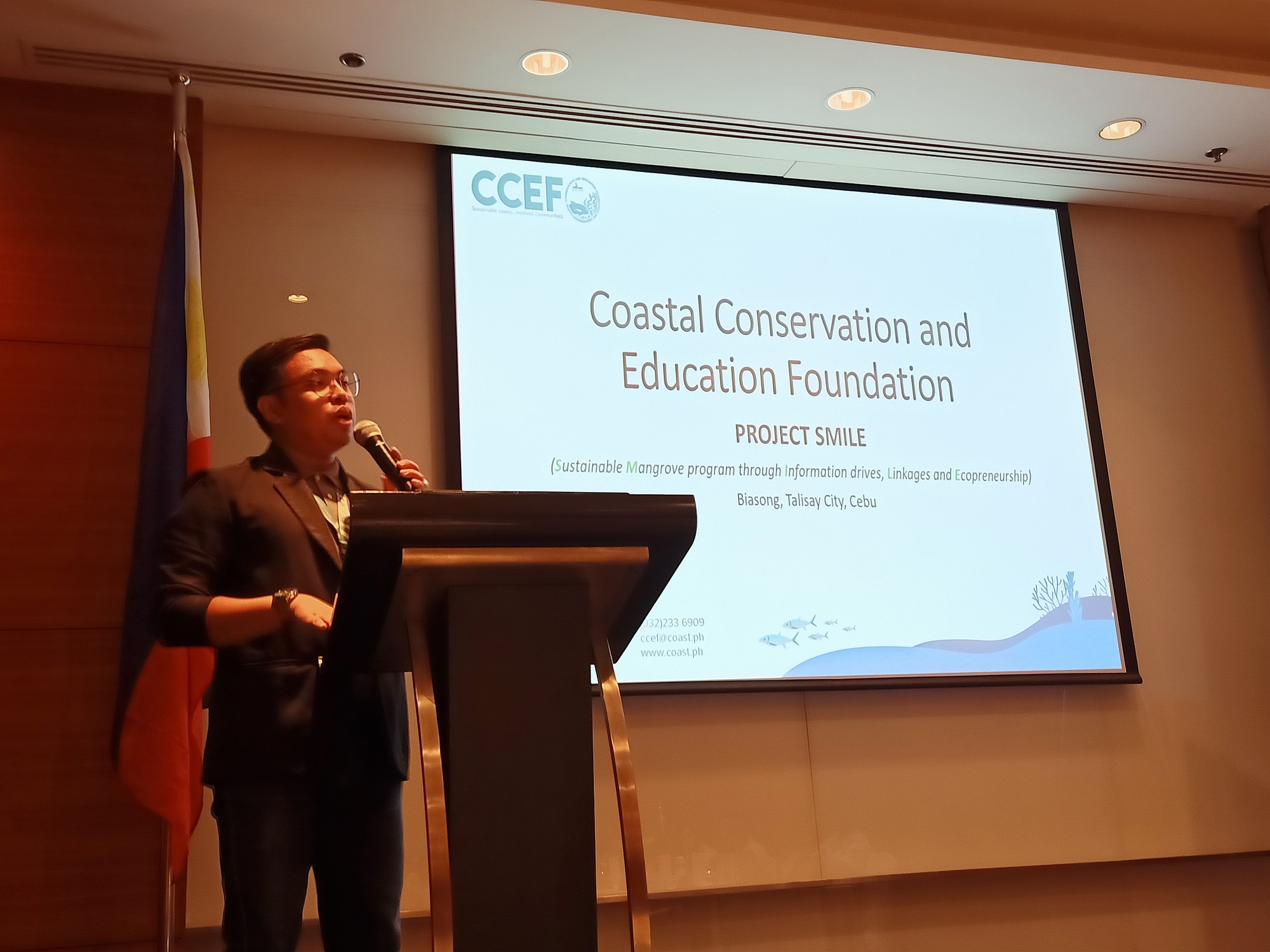 November 26, 2019—CCEF and a total of nine different stakeholders join together in a convergence meeting for the protection and conservation of the Mananga River. The convergence meeting was attended by representatives from the Local Government of Talisay, UV Community Relations and Linkages Office, UV Maritime Education College, Cebu Uniting for Sustainable Waters (CUSW), Foundation for the Philippine Environment (FPE), Barangay Biasong SB Council, Barangay Biasong SK Council, CCEF SEAklab Alumna and Collaboration for Development (Collab4Dev).

According to the United Nations Development Plan (2003) 3rd world countries like the Philippines, rivers are commonly used as an area for waste disposal. Cebu City has ten (10) main river systems namely: Lahug River, Kinalumsan River, Mahiga Creek, Butuanon River, Guadalupe River, Lusaran River, Mananga River, Tinago River, T. Padilla River, and Tejero River (Flores, 2012). Among these rivers, the Mananga River in Talisay City is the only one classified by the  DENR (2017) as a Class A water body in the central urban area, which means that it is a major source of drinking water in the province.

The convergence meeting kickstarted with the opening remarks from the CCEF Executive Director, Mr. Auburn Patrick Samson and a short presentation by Mr. Lloyd Yosoya, CCEF Program Coordinator on the Project SMILE, which focuses on creating a sustainable mangrove program in Biasong.

Following the presentation was a discussion by Ms. Apple Jane Into about the current efforts of the City Agricultural Office in Biasong such as conducting training on Mangrove Habitat Assessment with the Biasong Fisherfolk Association and donation of sustainable Fishing Gears.

During the discussion of insights and experiences was facilitated by Mr. Samson, and was a vital part during the planning of the next steps and actions of the Mananga River. Talisay Mayor Gerald Anthony Gullas shared his insights and past experiences about dumping garbage in Mananga River. Other stakeholders such as the City Planning Officer, Engr. Christine Homez and the University of The Visayas Community Relations Officer, Dr. Jezreel Tanilon as well as the Vica Mayor, Mr. Alan G. Bucao shared their learnings and current projects in Talisay. Out put of the discussions during the convergence meeting for Mananga River will serve as an input for the Integrated Area Development Plan (IADP) in December.

Thank you to all our partners for your dedication and commitment in creating a sustainable Talisay for future generations.

Here are some photos with our partners during the convergence meeting: