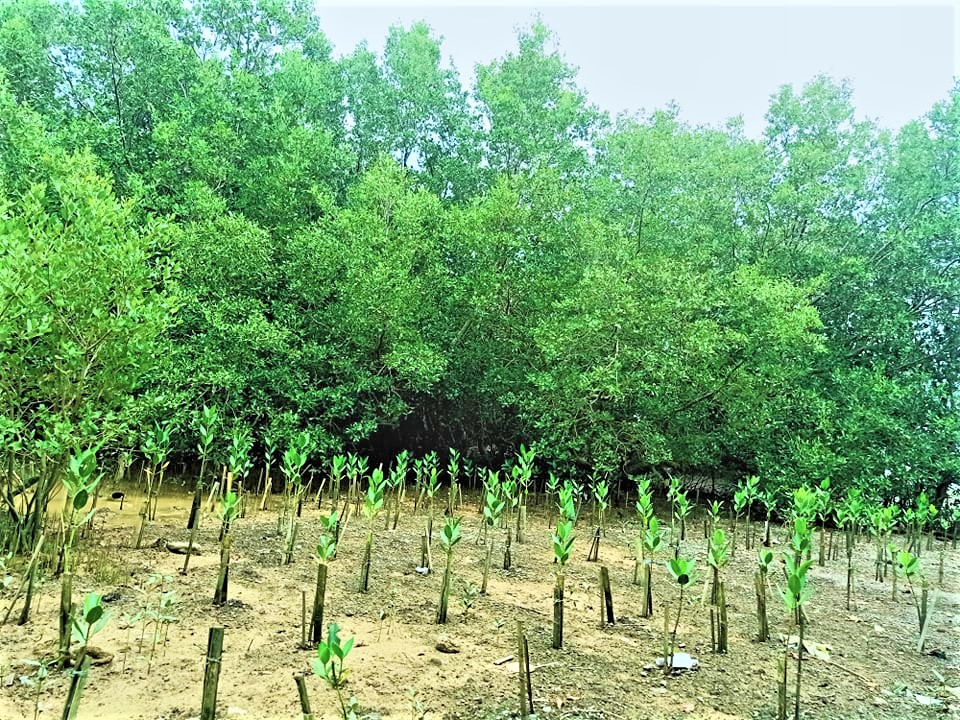 This month, CCEF visited the mangrove area in Biasong, Talisay to monitor the growth of the mangrove seedlings which were planted last year in partnership with Lear Corporation.  The mangrove area in Biasong plays an important role in preventing garbage and siltation from the Mananga river from going to the reefs in Talisay (e.g Lagundi reef and other surrounding reefs). In the past mangrove habitat survey by CCEF-Project SMILE, the mangrove area of Biasong only documented a 1% regeneration rate as the seedlings choke from too much garbage, in addition to the illegal cutting of mangroves as confirmed by the local agricultural officer in the last convergence meeting in 2019. Through the efforts of the LGU Barangay Biasong in monitoring the mangroves, as well as our partner for the cleanup, QIMA, the University of the Visayas, A Better Ocean, and CCEF-Project SMILE, the coastal area which was once only filled with trash now successfully houses 600 more mangrove seedlings! Thank you to all our partners for helping us conserve the coastal area of Biasong, Talisay!

CCEF conducts coastal cleanup with A Better Ocean, University of the Visayas and Biasong Talisay

CCEF Hosts the 2019 Convergence Meeting for the Mananga River.