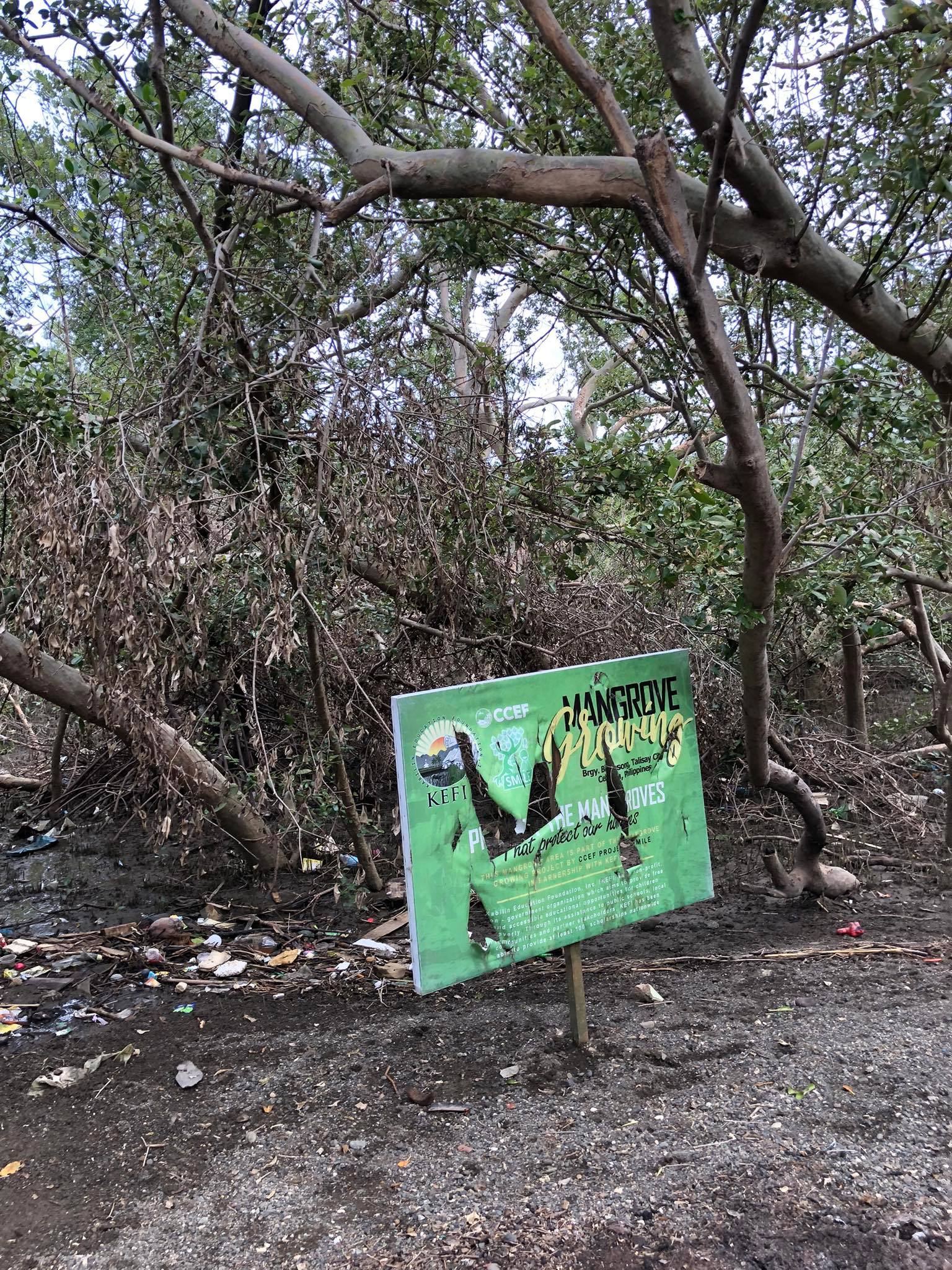 Two years after Project SMILE, CCEF was able to assist the local People’s Organization in Biasong, Talisay City in establishing its mangrove nursery which houses over 500 seedlings for their source of livelihood.

Through the Project, CCEF was able to facilitate in planting over 1,000 seedlings in Biasong, provide honorarium for the local People’s Organization and conduct over 5 coastal cleanups to facilitate the growth of the newly planted seedlings. After typhoon Odette hit, locals estimate that around 40-50% of the mangroves were uprooted but also say that the mangroves were a big factor in protecting the community from the storm surge and the strong winds.

According to Justine Jace Baisac, Project Associate of Project SMILE, the mangrove nursery in Biasong was totally devastated by the strong winds, and many residents took refuge behind the mangrove area after their homes were destroyed by Typhoon Odette.

Natural coastal habitats such as mangroves, seagrasses and coral reefs are important barriers from storm surges. In fact, study shows that when these three habitats are intact and well-conserved, they are able to reduce storm surge by more than 70%!

Help us continue our work in conserving mangrove areas. Send us an email at info@coast.ph